I love this color so much I would marry it

So, I love the robin's egg blue color that is so popular on so many blogs right now.  However, it's not something that would really work for any of the rooms I have upstairs (except Mim's room, which is going to happen).  But inspiration struck when Mike and I got a new dresser and moved the old one downstairs.  I realized I could paint it any color I wanted, since it was going to stay in the basement and provide fabric storage, until someday it becomes Mim's big girl room dresser.
So, the before: 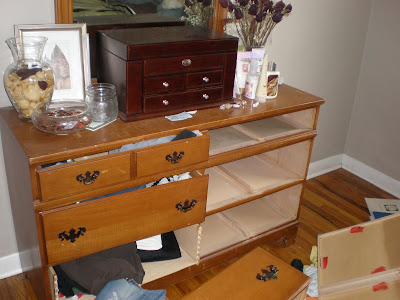 Yikes.  I didn't take the picture until I had already started emptying things out.
And after: 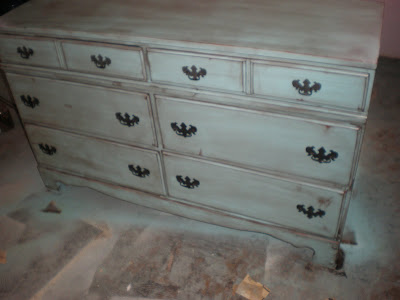 After I painted, I sanded and rubbed it over with Minwax walnut gel stain.  I wish I had practiced on some scrap wood first, I made some mistakes as I figured out how to get the best results with it.  My original plan was to replace the hardware (I was thinking white ceramic, or possibly crystal on the top and bin pulls on the large drawers), but I decided to keep this as a super cheap project.  I spray painted the old stuff black, though.  It is pretty cool. 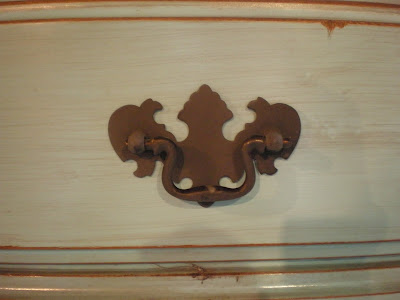 They look less like the batman symbol close up.
I just had an idea.  How cool would it be to someday turn this into a hutch?  Turn the bottom 2 drawers into a cupboards and build a hutch over the top.  Ooooo.  Here's the color I used, by the way:

I'm glad you kept those knobs. I think it looks really cool!

Love it! I really like the tone you chose, it's so pretty!