I had a clean slate after I finished painting Eleanor's room. It was great. I had taken down everything and I planned on nothing going back up for a little while, until I could think about things. I knew I wanted her name up on the wall somewhere, but I didn't really want to go with anything that was out there already. Then, one day, inspiration hit. I realized I wanted to cut out her name in some kind of script font in one big piece and hang bunting behind it. I really don't even know what made me think of it, but I went for it.

First, I had to think about how to get a template. I ruled out free-handing it almost immediately since I wanted it to be script and I just don't have the skills to do that, especially since there were 2 of the same letter (I figured being consistent would be a big problem). I thought about using an overhead projector and asked on facebook if anyone knew where I could get one. There were some ideas, but then a friend offered to print it on a large format printer, so that was taken care of. If that's not an option for you, I'm betting there's a way to print something that big in pieces using Photoshop or Illustrator or their free counterparts, Gimp and Inkscape.

The total size of the template was about four feet across and eighteen inches high (give or take). I taped it up in place to see how it looked and I loved it. 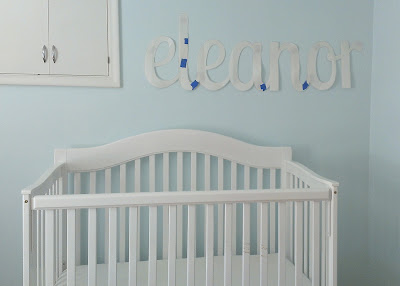 Once I confirmed that the template was the right size, I took it down and taped it to my 3/8" thick mdf and traced it, then removed it. Handy tip: use a yardstick or other straight edge to correct any tracing mistakes made on a straight line. 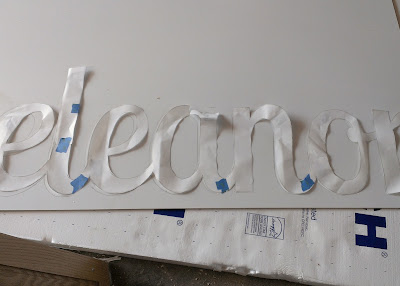 Then I jigsawed it out. The employee who helped me at Home Depot gave me another really great tip- he recommended laying my board on top of a thick sheet of styrofoam laying on the floor and cutting through both. I'm so glad I bought that styrofoam. Trying to maneuver this big sheet around on sawhorses and supporting the parts I had cut out would have been a real pain. Plus, now I have this styrofoam for all my jigsawing needs.

Another tip: make sure you get a jigsaw blade for cutting curves. They're daintier than ones that are for mostly straight lines and it really makes a difference with how sharply you can turn. 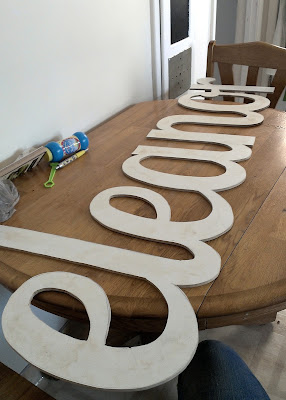 After it was cut, I used my Dremel with a coarse sanding drum to smooth out any rough spots around the edges, then sanded it lightly by hand. Finally it was just priming and painting and I was done!

Except for hanging it. I used these: 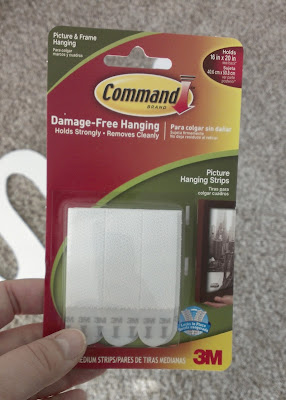 and a laser level to make sure it was hung nice and straight. 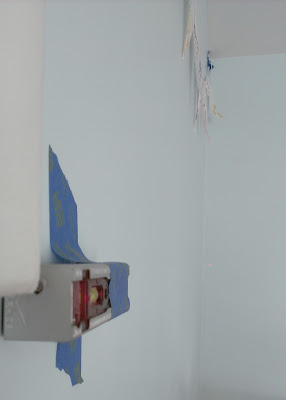 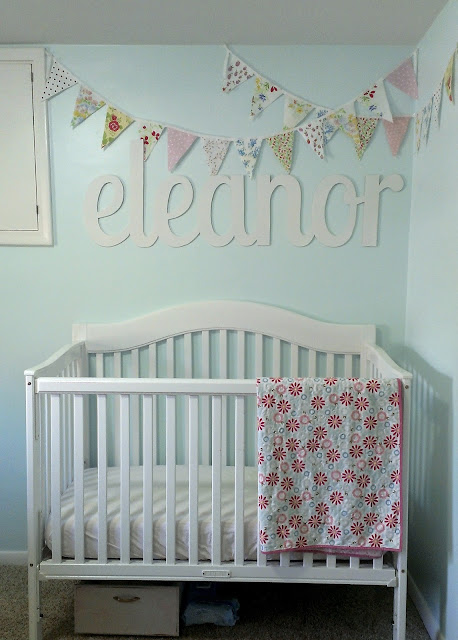 I do not have access to a large format printer but I have found a free app that does practically the same thing. I use it quite a bit.
Easy Poster Printer by GDSoftware.dk
I will be using it to make my granddaughter's name for her room.
Thanks for explaining everything in such a clear manner. I can follow those instructions!

Thanks for the tip about Easy Poster Peinter!

So did you jigsaw with the dremel?

So did you jigsaw with the dremel?